The Magic of Alexo 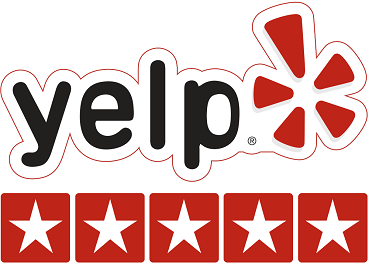 Thanks again for today, you were terrific! The Show was a big hit!

I cannot say enough about how wonderful, professional, talented and entertaining Alexo was. His enthusiasm drew the children, as well as the adults, into the world of illusion. His sense of humor as well as his ability to captivate and intergrade his audience into his act brought much joy to our event. Bravo to Alex Fleming for pursuing his passion for magic and communicating that love to others. I highly recommend Alexo not only for his showmanship, but for his ability to bring a common magical unity to all those gathered. His love of the art and of people is very evident in his chosen field. thanks again,

Thank you! We all had a great time!

The magic of Alexo became more than an illusion on a stage at The Rose Theater. His professionalism, talent, skill and ability to move the crowd with a unique performance, gave our audience a show beyond expectations. The Rose Theater is eagerly awaiting the return of Alexo to a stage build for him. I recommend his events for all ages, all minds, and the children inside every adult who's ever been witness to eye capturing magic! There is a word for the experience we had been privileged too; Magnificent!

THANK YOU! You were magnificent!This was my first year running the picnic and I've received so many compliments! The moms thought it was the best picnic yet and your name was mentioned again and again! I have shared your card and we will be sure to invite you again. We thank you again and we will definitely see you soon!

Alex, you were truly phenomenal today at Eastons benefit !! Thank you SO very much for clearing your schedule and donating your time and talent to his cause. You are a true mark of a professional and have a heart of gold. Many have already asked about how to contact you..Thanks again !!

Dear Alexo, Special thanks from Atomic Tae Kwon Do and Maestri di Musica in Huntington for your amazing magic show. Kids absolutely loved it and are asking when will you be coming again. Your performance was a great addition to our Halloween party. Please let us know when you will be performing some show on LI as we will be excited to join. Best wishes from all students and instructors!!

This show was soooo enjoyable! What a great crowd. Enthusiastic for more MAGIC!!

It was a total joy!!! The kids were so so interested in everything Alex did and I myself was surprised on the magic he performed. It was worth more than I paid for the experience and having the kids sit quite for one hour- which I thought would be impossible. You will not be disappointed. Great job Alex!

Alex was amazing and very entertaining. I hired Alex for my grandsons bday and the kids and adults all enjoyed his show. I know the audience liked being asked to participatate. He was able to keep a group of children ages 2-10 attention through the whole show. The kids really liked the pets he brought especially Pipsqueak the hamster. I would highly recommend Alex to anyone thinking about a magician for a party or event.

We hired Alexo to perform at my son's birthday party, and he was wonderful. Not only did he put on a fantastic show, but he was very friendly and really went above and beyond to show the kids a good time. His professionalism was top notch, and I'm sure he will be performing at many of my son's friends' parties soon!

My son has been obsessed with magic ever since he saw a magic show program on the tv. So for his birthday, I decided I would hire a magician. Most that I came across were pretty cheesy, and I wanted my son to be happy so I kept looking. I found the Magic of Alexo on a reviews board. He had some of his work on YouTube, and right away I was impressed. I hoped my son would be too. Turns out, he was. My son loved Alexo’s show. In fact all the kids did. He was great, and even some of the adults enjoyed watching.!

If you have a kid who loves magic and animals, you won't do better than Alexo. He's a really nice guy who is really good with kids, and his show is entertaining, cute, and fun.

I always thought stage magicians were pretty cool, but I never thought I'd find one for my daughter's sweet sixteen which would meet our expectations. It seems like lots of stage magicians who do children's parties, etc. tend to be a bit too silly for my liking. Alexo was very friendly and also excellent at his tricks, and he brought in cute and fun animals to work with. My daughter was a big fan right away, and I am too! If you want really great entertainment for a party, consider hiring Alexo. Anyone who enjoys sleight of hand and loves animals will love watching.

We attended a birthday party where Alexo performed and what a great show it was! There were kids of all ages and Alexo entertained them all! There was something for everyone! The adults enjoyed as well!

Thanks so much. The boys loved it!

My guests are still raving about Alexo's performance - both kids and adults alike were wowed by his show! He had everyone involved and entertained. I definitely plan to book him the next time I need a performer and highly recommend him.

I was in search of something different and extraordinary for the party of my granddaughter, Sheila. After a thorough search and asking around, I stepped into the Magic of Alexo. If you are planning on a party that nobody is going to forget, then this should be your first choice. There are magicians that are really impressive, performing tricks in the most persuasive manner, making you doubt about your own eyes. My granddaughter was thrilled and so were all the other kids that were invited at the party. I would recommend him to anyone trying to plan an unforgettable event!

Thank you so much for making our evening more Magical

I just want you to know how much my son and I enjoyed your magic show and the teaching portion as well at Port Jefferson grade school. You really stimulated his interest in learning magic. With all the high tech games today, it is nice for him to learn skills that are fun but do not use a computer. I am sure you have started him on a life long hobby that will give him and others Enjoyment. Thanks again!